Tracing the past intra et extra muros. Transformations of historic towns in Silesia from the Frederician period to WWII. Werkstattgespräch am 16.11. 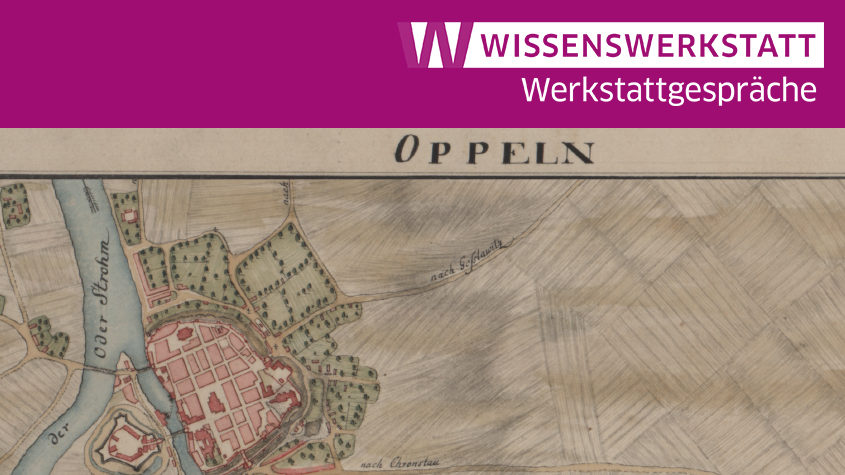 Silesia is a region of Central Europe with a complex and multicultural history. Its borders and national affiliation have changed repeatedly over the centuries. In the Middle Ages Silesia was incorporated into the early Polish state, then divided into independent duchies. Subsequently the region became a part of the Bohemian Crown Lands, then of the Austrian Habsburg Monarchy. Most of Silesia was annexed by the Kingdom of Prussia in 1742, later becoming part of the German Empire and staying under German administration untill the end of WWII. Since 1945 Silesia has been located mostly in Poland, with small parts in the Czech Republic and Germany.

Most of Silesian towns were founded in the Middle Ages, mainly on the basis of German law, creating a regular system of the settlement network in the entire region. This unique process was a part of dynamic urbanization of the entire Europe. At that time about 120 new towns were chartered in Silesia. Basic features of their historic urban structures are: a plan determined by geometry, a checkered grid of streets, regular blocks of development and a centrally located market square. Churches, monasteries, castles and town halls along with the elements of city walls have made up the old towns’ unique skylines for centuries. Every Silesian historic town, despite certain repeatability, has a unique and individual character.

For the next centuries Silesian historic towns rather lasted undergoing changes, than simply developed, being experienced by fires, epidemics and wars. Their image first underwent complex changes in the Frederician period, special attention was then paid to modernization of fortified towns. At the beginning of the 19th century the towns, remaining so far within their city walls and fortification systems, started to evolve extra muros. The industrial revolution connected most of the towns to railway network, which fostered the development of local industry. The urban landscape of Silesian towns was enriched by new streets and squares designated, public buildings erected and parks set up.  The interwar period, closing the scope of analysis,  was characterized by intensive development of housing to meet the needs of growing urban population.

This lecture is based on the research conducted during a grant of Prussian Cultural Heritage Foundation at the Map Department of the Berlin State Library in July 2017.