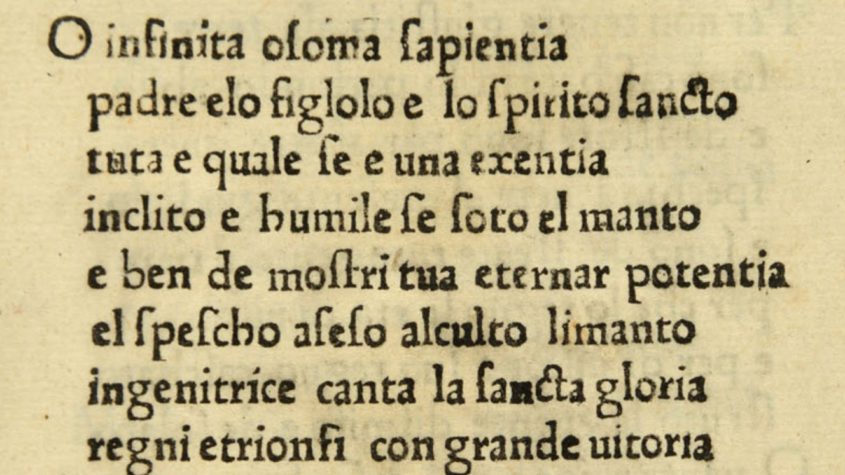 The mission of the Gesamtkatalog der Wiegendrucke at Berlin State Library is to provide an in-depth bibliography of all existing incunabula (of which there are about 30.000). That might not seem very thrilling an occupation at first sight; our permanent task is to describe editions printed with moveable type in the 15th century, and to record as many of the c. 500.000 extant copies of incunabula as possible. This can be cumbersome and laborious. However, even the GW’s daily routines certainly have their highlights, one of which is the discovery of new incunabula.

The finding of „new“, that is bibliographically unknown or at least hitherto unrecorded incunabula happens at two levels, with different implications for bibliography and research. 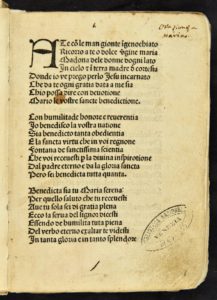 The more common case is to uncover a fragment or a complete copy of a documented edition. This happens quite frequently, for instance in the process of cataloguing fragments that had been used as binders waste; sometimes an incunable has been overlooked because it is bound with other matter, such as manuscripts or 16th-century editions. Finding a new copy is of course a happy event for its owning institution, and for its finder. Most of the times, however, another copy of a well-known Wiegendruck will not cause a great sensation, unless it represents a very rare edition or is of special interest for scholars and for the public, such as the recently discovered, splendidly illuminated fragment of an unknown vellum copy of the Gutenberg Bible at the Staats- und Stadtbibliothek Augsburg.

It is a much rarer occurrence to find fragments or complete copies which represent totally unknown editions. Such findings often tend to be relevant for historical, literary and bibliographical scholarship. They sometimes expand our knowledge about the textual history of a certain work by documenting new variants; occasionally they provide new sources or evidence for historical events. Very often they help to correct assumptions about the output of certain printing houses, and in one or two recent cases new findings even led to the identification of formerly anonymous printers.

A very peculiar case in point is a small-sized Sammelband held by the Biblioteca Nazionale Marciana in Venice under the shelfmark Misc. 2441. This miscellany contains not just one new 15th-century item; rather, it reveals no less than eleven hitherto unrecorded incunabula. Strangely enough all these items had not been „unknown“ in the strict sense of the word, but until now had been considered 16th-century editions. 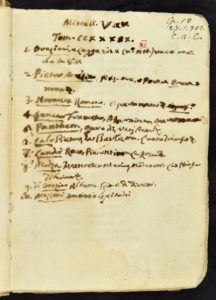 Misc. 2441 is a small volume, measuring about 150 mm in height and 105 in width, being ca. 50 mm thick. It consists of twenty booklets bound in a flexible vellum cover. Apparently with one exception these items were printed in octavo format on chancery folio paper, only the second (Misc. 2441.1a) is a 16° printed on the significantly larger royal folio paper. The booklets are between 4 and 40 leaves strong and mostly contain vernacular poems in Italian, often in „ottava rima“, a typical stanza form of narrative poetry in the late Middle Ages and the Renaissance.

In the early 18th century the volume was owned by Apostolo Zeno (1668-1750), who on an endpaper provided a manuscript table of contents. Confusingly, this table lists only ten items, because Zeno recorded the first eleven booklets collectively as „Orazioni, e leggende varie“, while identifying the following nine booklets by their authors and titles. According to Italian scholar Sabrina Manuzzi, the Sammelband was very likely collected and bound in the 17th century, and Zeno acquired it in its present form. Yet he clearly felt that it was made up of two separate parts: 1) the eleven „prayers and legends“, now shelfmarks Misc.2441.1, Misc.2441.1a-Misc.2441.1l.; 2) the nine remaining booklets Misc.2441.2-Misc.2441.10 as detailed in the content list.

One reason for Zeno’s different handling of the two parts may have been that the booklets of the first part, containing religious poetry and spiritual interpretations of historical events, were either published anonymously or written by authors that were no longer known in the 18th century. None of the eleven items has a proper title-page or can be easily identified by its Incipit, and none provides imprint information regarding place, printer, or date of publication. In contrast, the remaining nine booklets in the second half are of more „worldly“ content, representing works of more or less familiar 16th-century authors. All of them provide author and title, and most bear a proper imprint or at least a date of publication. 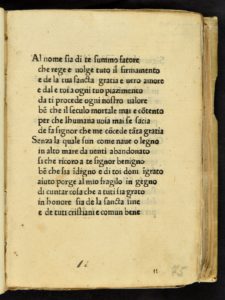 When the librarian Arnaldo Segarizzi examined the volume for his „Bibliografia delle stampe popolari della R. Biblioteca Nazionale di S. Marco di Venezia“ (Bergamo 1913), he recorded as nos. 326-336 only the first eleven pamphlets. Segarizzi dated them – quite unspecifically – „Sec. XVI“, assuming they were printed during the 16th century, like the other items of the volume. His dating remained unquestioned for more than a century. Consequently, the items found their way into EDIT16, Italy’s national bibliographical database of 16th-century imprints, and from then on dwelled in the oblivion of postincunabular bibliography.

In 2013, however, the pamphlets were digitized as part of the „Rariora Marciana“ collection in Italy’s Internet Culturale project. Unfortunately not the complete Sammelband was scanned, but only the first dozen items including all the unsigned editions Zeno had summarized as „Orazioni“. Very recently and by mere chance, the GW’s bibliographers stumbled upon these online reproductions, and as quick as a flash a red flag went up. It quickly became evident that all these unsigned editions were not EDIT16 material. Actually, they turned out to be early Venetian incunabula, mostly dating from the 1470s. Their overall typography clearly shows characteristics of the first decades of printing, and the Proctor-Haebler method of type analysis made it possible to determine quite precisely when and where and by whom they had been printed. So there we are now: almost a dozen new incunabula in one fell swoop.

What follows is a first overview of the incunabular contents of Misc. 2441. In the list the first eleven items are recorded according to the standards of the GW. Bibliographical information for the second part, nos. 12-20, is taken from the Marciana OPAC and EDIT16. Wherever possible, links to bibliographies, the OPAC and the online reproductions available via Internet Culturale are given. 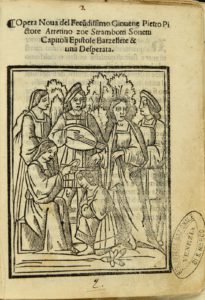 It almost looks as if a previous owner combined two formerly distinct tract volumes, one consisting of Venetian booklets of the 1470/80s, a second one comprising of works by 16th-century Italian poets. Furthermore, both parts show different strategies in ordering their content. The items of the first part are arranged thematically, starting with religious poems on the Virgin, Mary Magdalene, Saint Helena and the Final Judgement (nos. 1-5), advancing to medieval chivalric romance (nos. 6, 7), and finally shifting to pamphlets commenting upon contemporary political events such as the assassination of Galeazo Maria Sforza in 1477 (no. 8) or the Osman conquests (no. 10). The second part is arranged more or less chronologically.

It is hard to overestimate the relevance of the Sammelband for the history of printing, and for 15th-century literary history altogether. For example, while most of the items were published anonymously, at least two authors – Angelo da Perugia and Simone da Albenga – signed their works. Until now, both of them had been unknown to us. Furthermore, Angelo’s poem no. 8 had been erroneously recorded by Segarizzi as „Lamento per la morte di Francesco Sforza“ (Segarizzi no. 333), but as a matter of fact it deals with the assassination of Galeazo Sforza on Christmas 1476. Because its printer Gabriele di Pietro was only active until 1478, the „Lamento“ must have been published soon after Galeazo’s death, very likely in the beginning of 1477. This is significantly earlier than all other pamphlets on this topic, which were not published before the 1490s.

Another example are the two tales about the wizard Malagigi (also known as Maugis or Maugris), a character deriving from the medieval french Chanson de Geste entitled „Four sons of Aymon“ and living on in Italian Renaissance epics. Both items (nos. 6, 7) are witnesses for a story known as the „Sala di Malagigi“, but they differ considerably from the other previously known printed sources. Finally, as all the items come from small Venetian print shops, they shed new light on early Italian printing history altogether. Before this Sammelband was „incunabularized“, we only knew of 14 editions by the press of the Venice Franciscans, recorded under the label „Nel Beretin Convento“. Although they are only slim booklets with a maximum of 16 leaves, the five newly identified editions from this small convent press in Misc. 2441 represent a substantial addition to its output.

This short note can only present a first overview of the contents and implications of Marciana Misc. 2441. Now that the eleven imprints of the volume have finally been identified as incunabula and are recorded in the GW database, more experienced scholars of Medieval and Renaissance Italian literature and specialized book historians will hopefully be inclined to take a closer look at this interesting miscellany. We are looking forward to presenting an extended account of the finding at a conference organized by the 15th-Century Booktrade project at Venice, 19-21 September 2018. Our thanks go to Sabrina Minuzzi and the 15thcBooktrade team, and to our long-term supporters and advisors Neil Harris (Udine) and Paul Needham (Princeton). 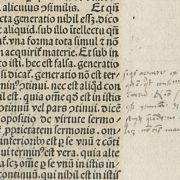 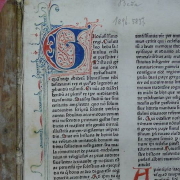 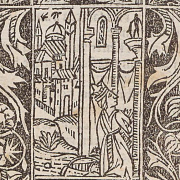 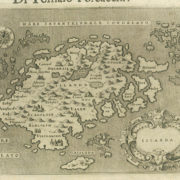 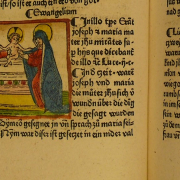 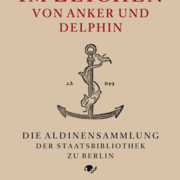